Once Upon a Time

During the same period Badgley Arnoux created three series based on the theme of war. These series represent a continuity of her focus on grim realities as a departure point for her art, expressing her concerns about humanity and the fate of the contemporary world.

Her painting Once Upon a Time: For Every Evil (2005-06), uses the metaphor of innocent pigeons and a dove bathing in a stone fountain. They are being attacked by a bird of prey, turning the cascade of water red with blood, representing the Bush government’s hawkish agenda at that time.  Similarly, her Ways of War, (2003) series of 8 small paintings represents the history of armed combat with scenes of battle, ranging from colonials invading indigenous land, to contemporary use of weapons of mass destruction. In 2006 she created Shadows of War: the Brutal Truth, a haunting group of drawings addressing the atrocities at Abu Ghraib prison. 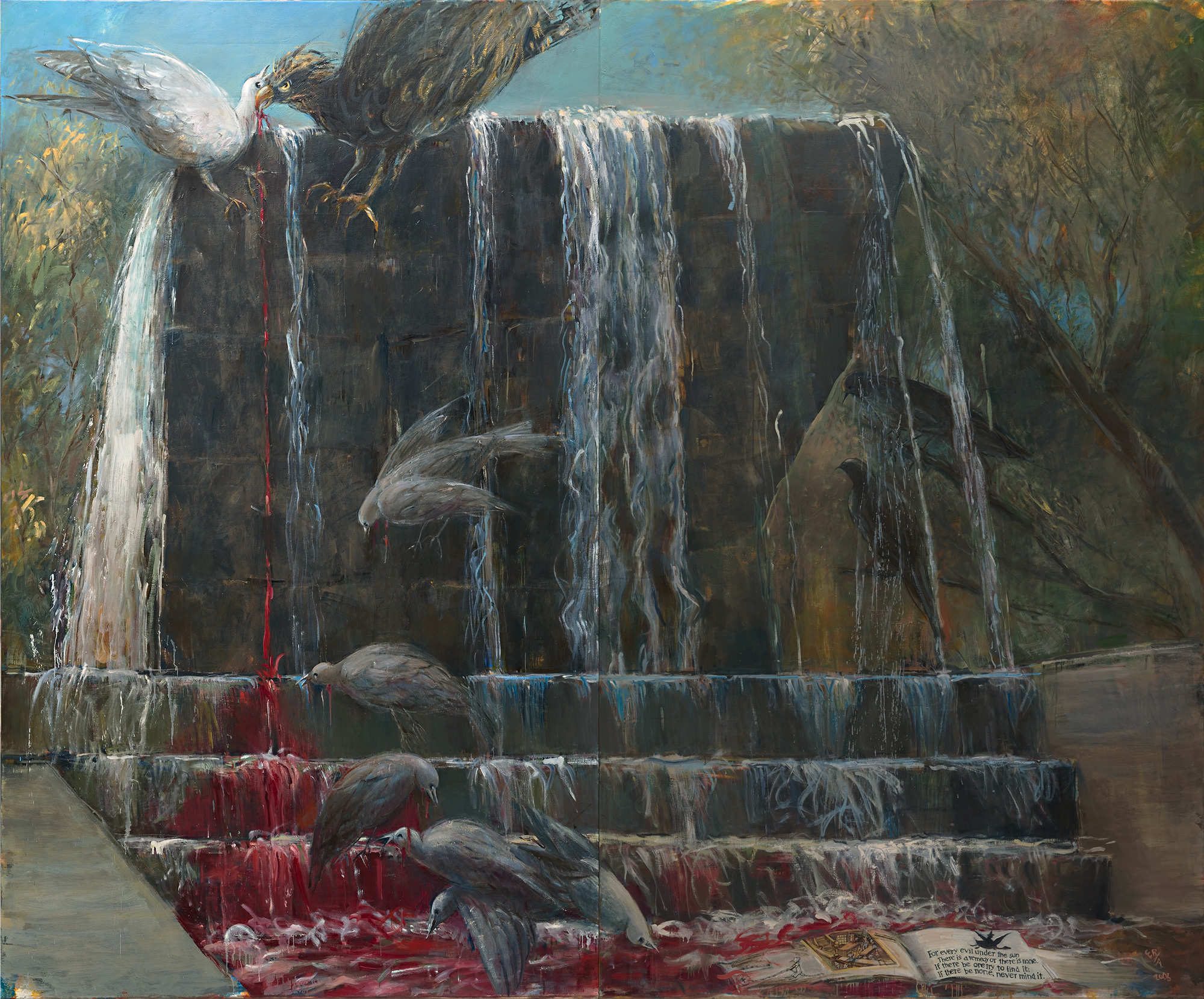 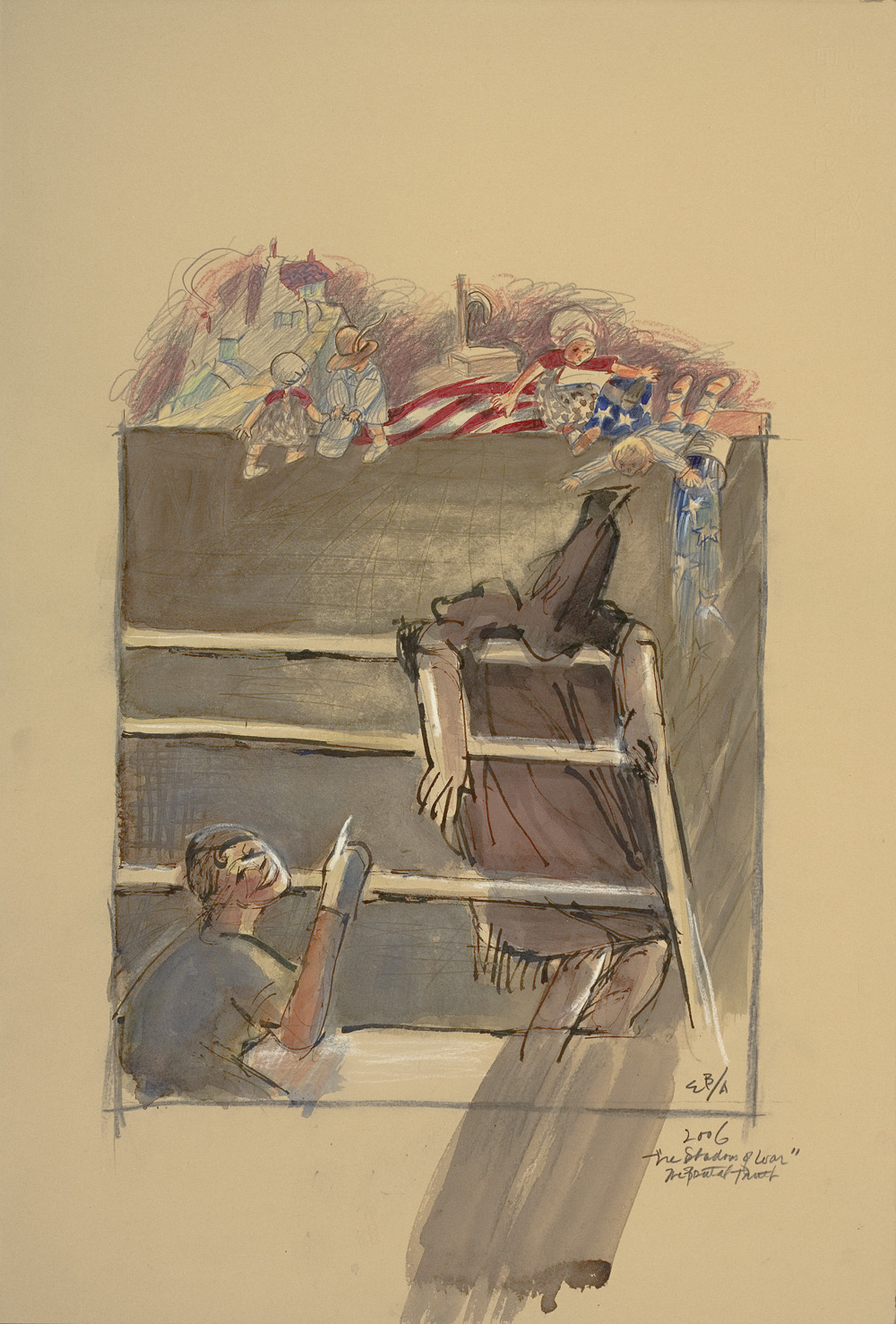 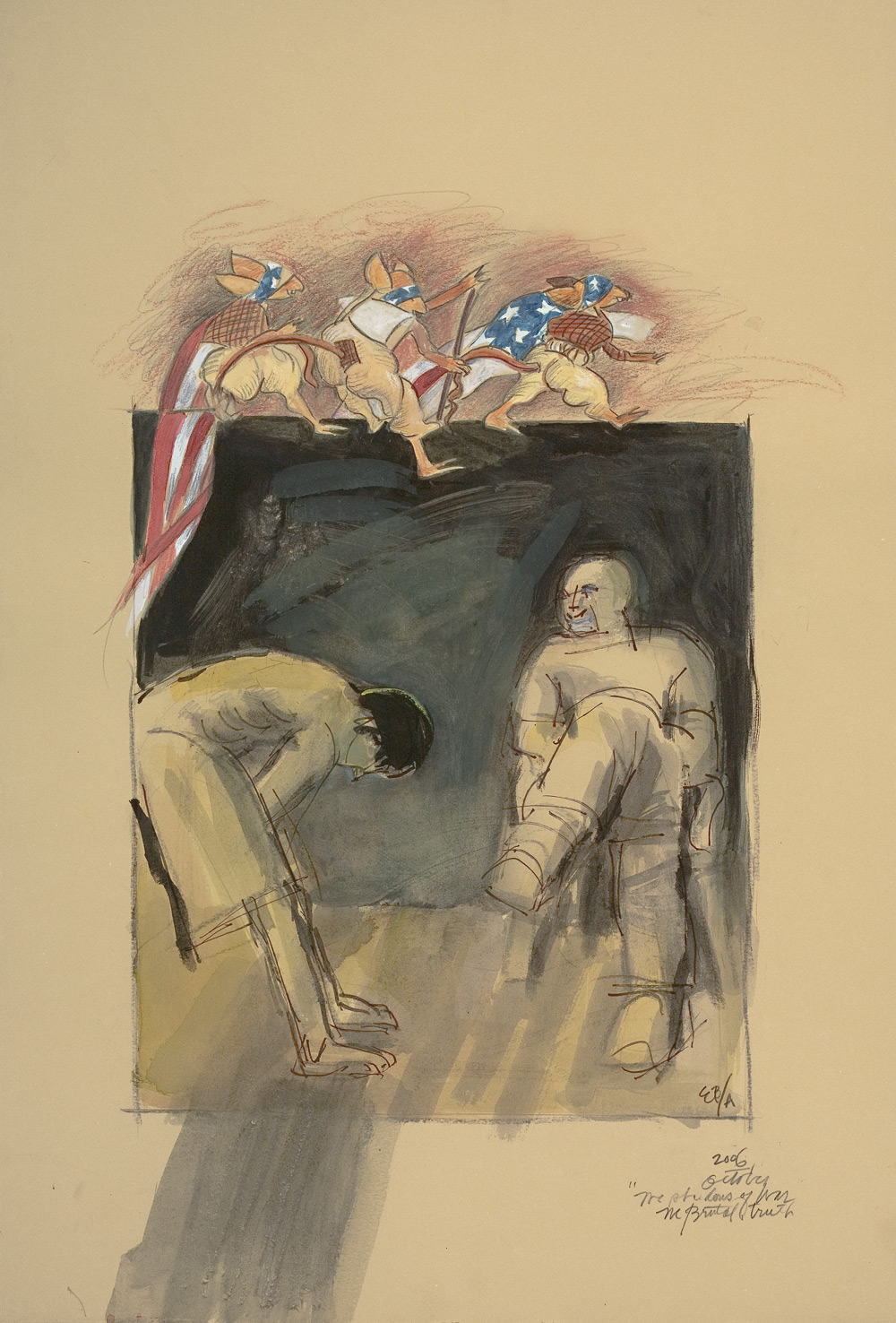 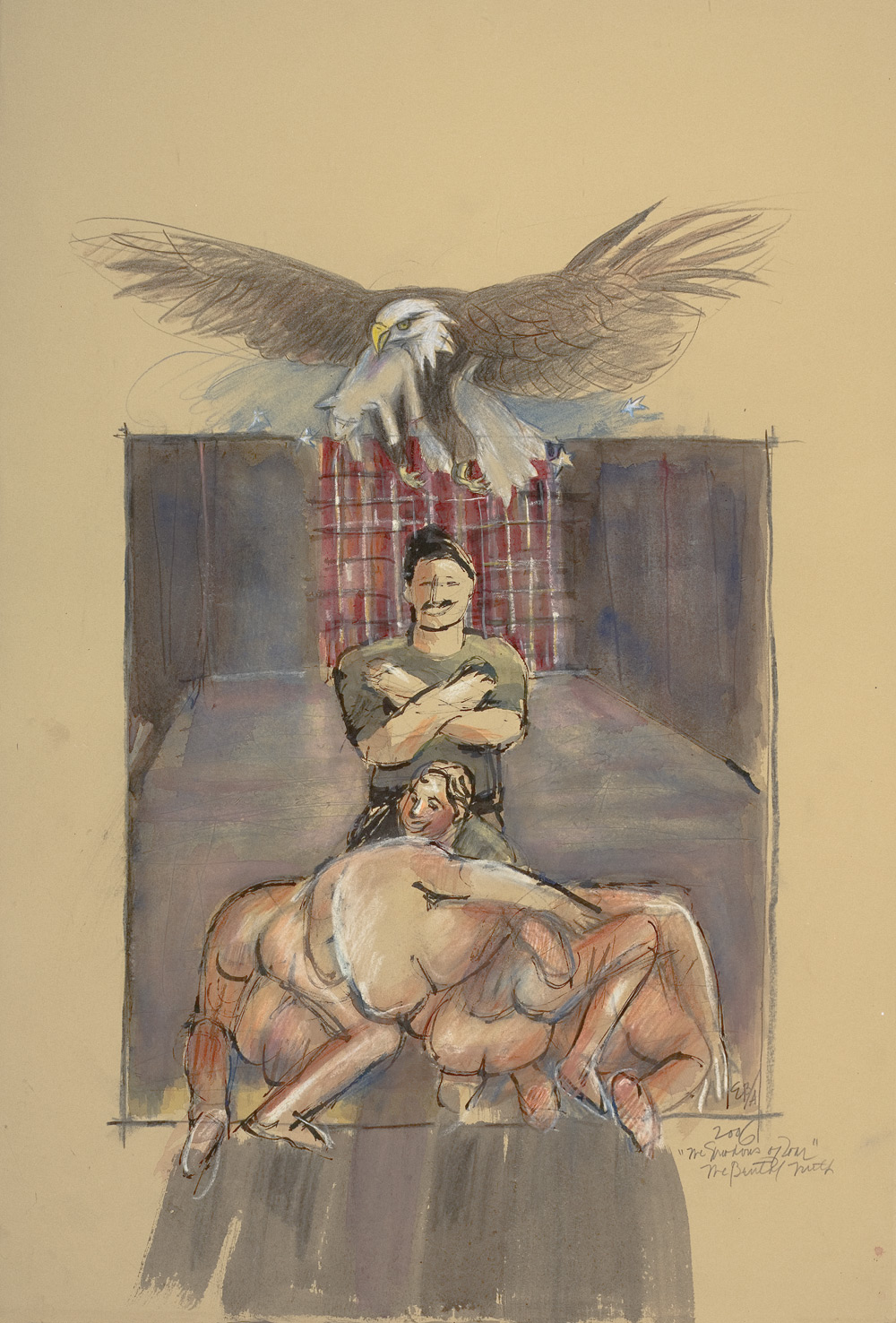 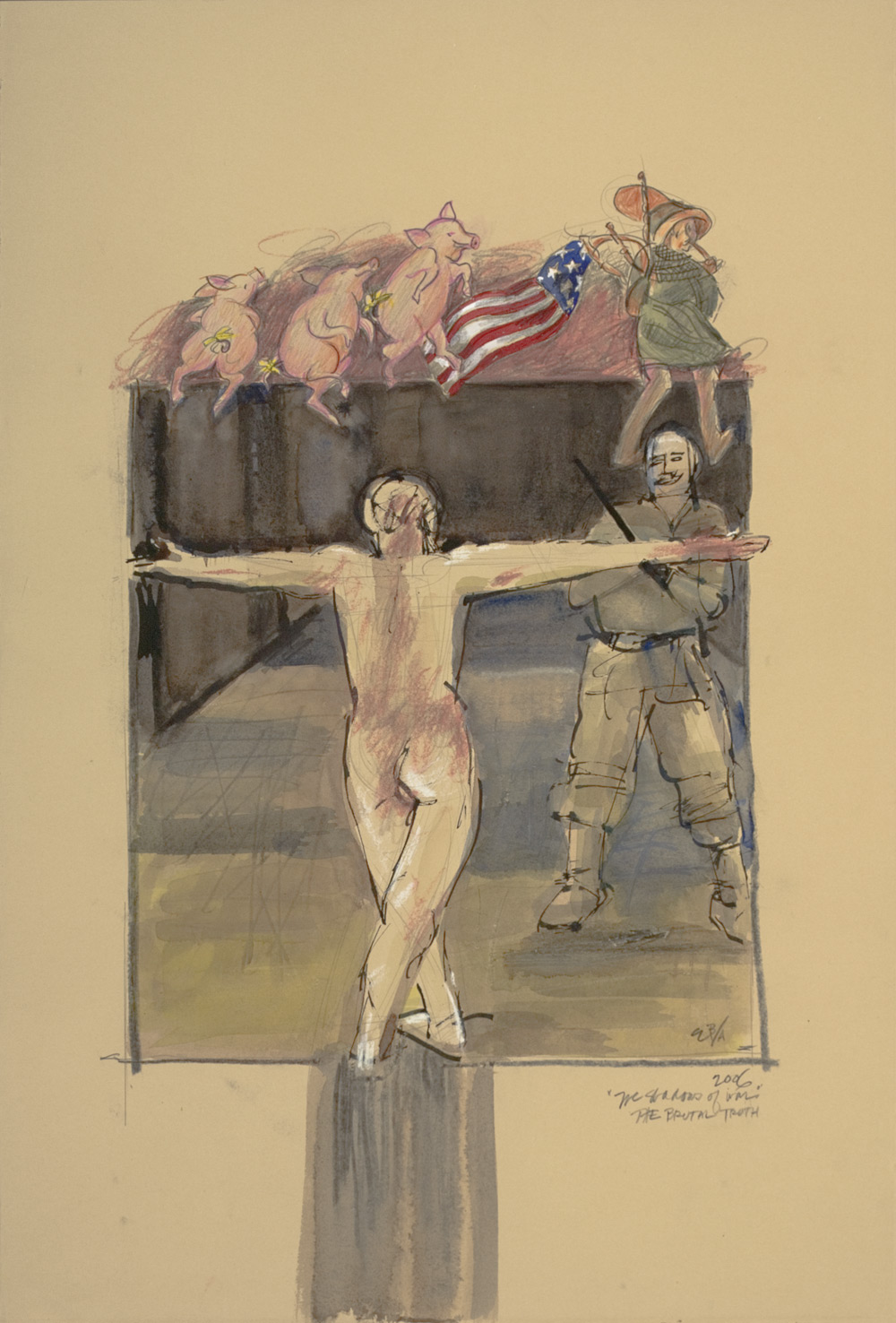 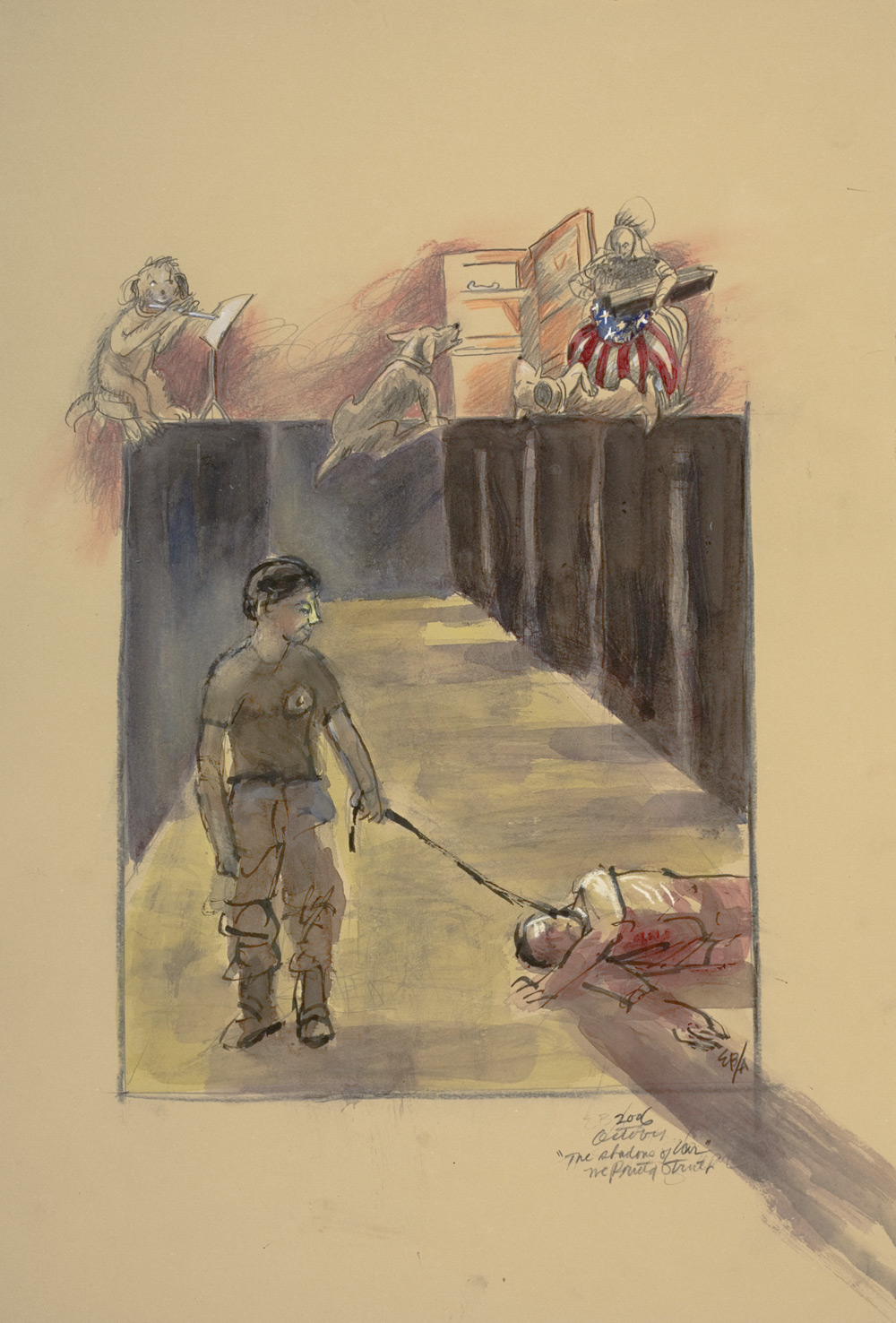 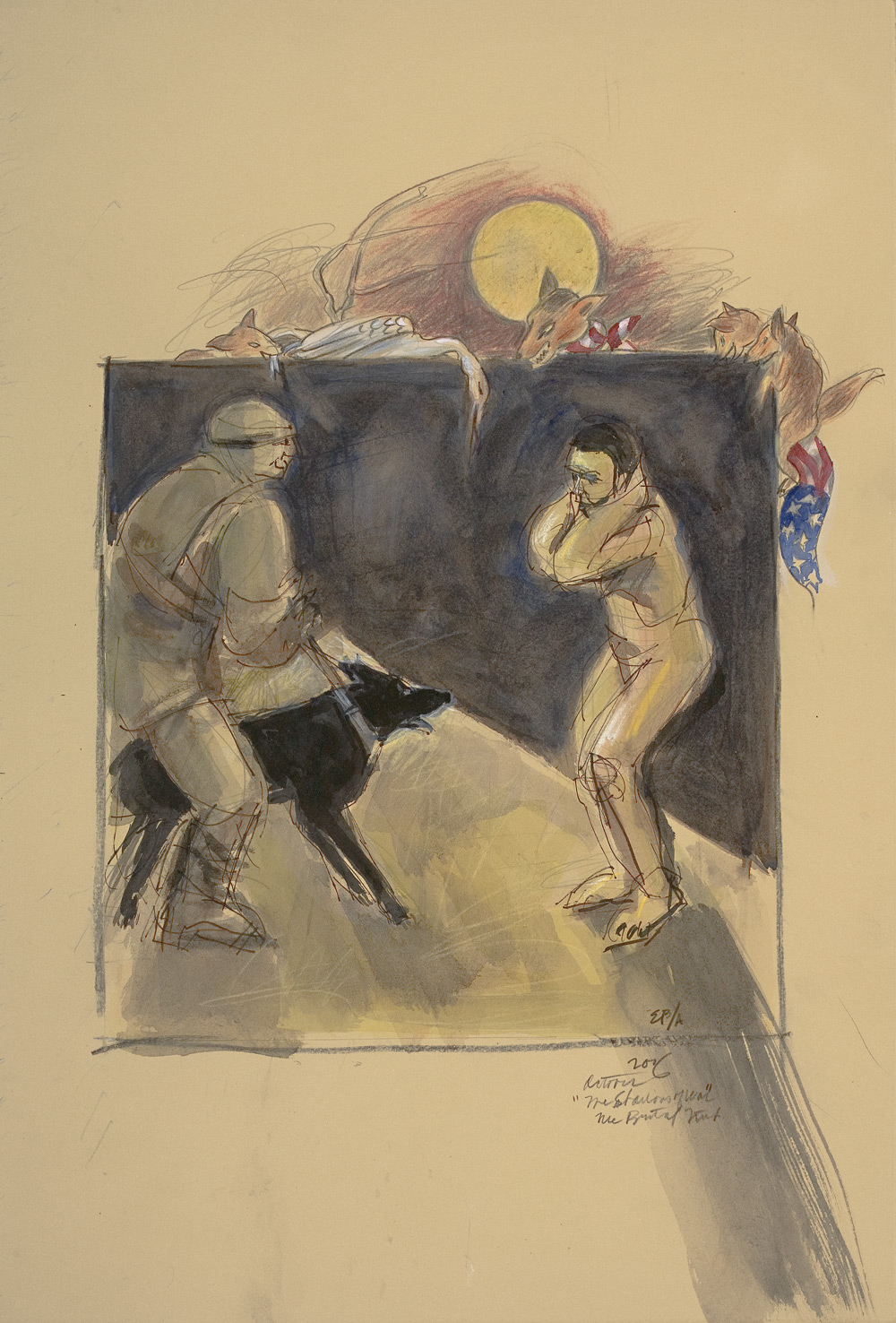