“We are all vulnerable to the night sky”, was yet another departure for Badgley Arnoux. Merging the motif of the Chief’s blankets into art as social conscience. The essence of the New Frontier is captured in 6th Street/The Night Sky (1998), a 12’x14’ canvas featuring a lone shopping cart placed before a mass of thick grey, black and cream stripes. It is a poignant statement of the isolation that might be felt by a person without a place to call home. These pieces were included with the Lines of Connection paintings in a show called Shadows and Light at the Triton Museum. The culminating painting of the New Frontier Series is The Garden: Midday (1999) 12’x14,’ in two panels. It symbolically eradicates the concept of original sin and offers hope for the next generation. In the process of merging the motif of the Chief’s blankets into art as social conscience, during 1993 Badgley Arnoux also created several series on paper. These are significant in that they are not representational. She expressed her ideas using the potent energy of paint and collaged elements to make her point, thereby metaphorically dis-assembling the blankets. 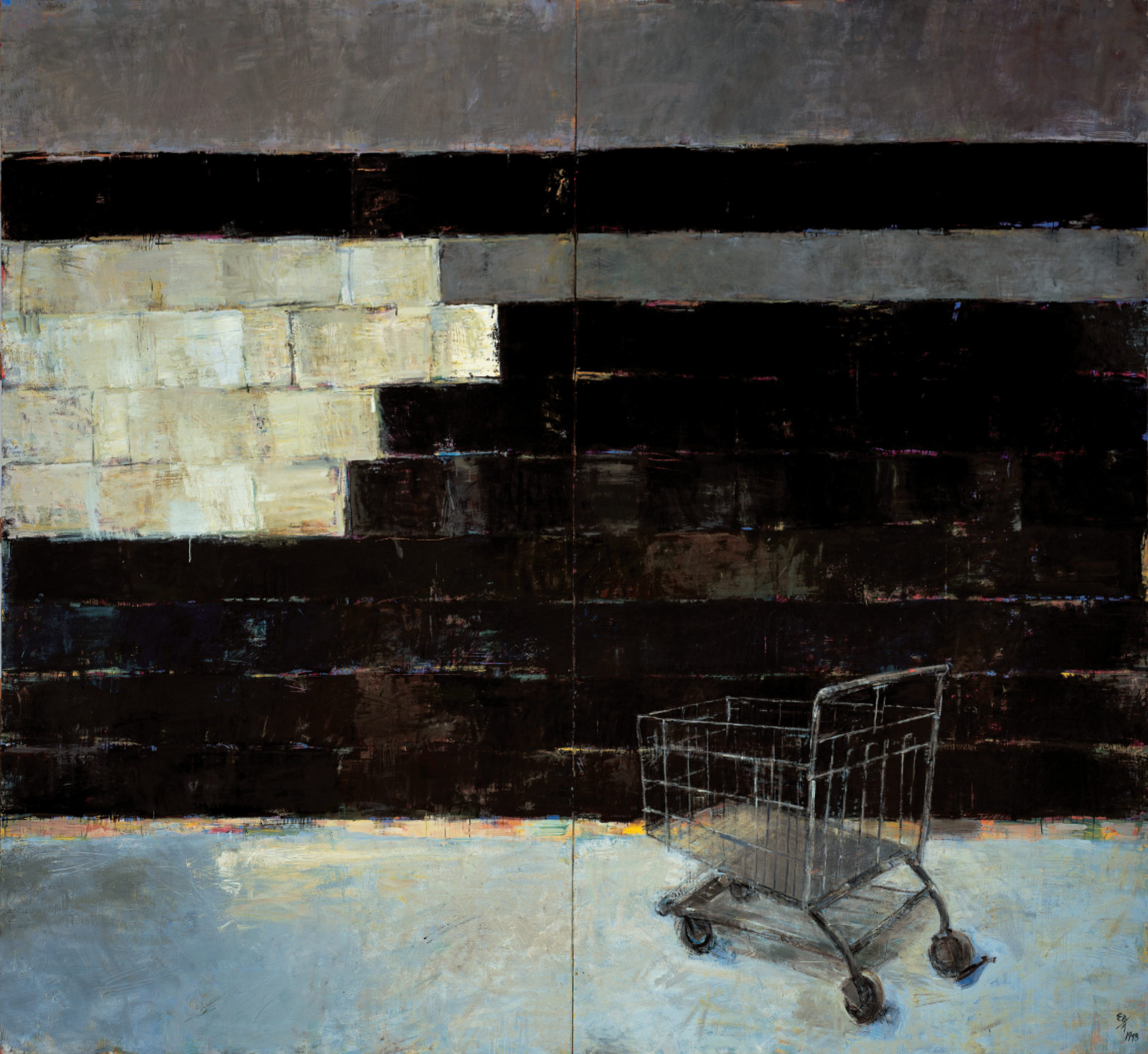 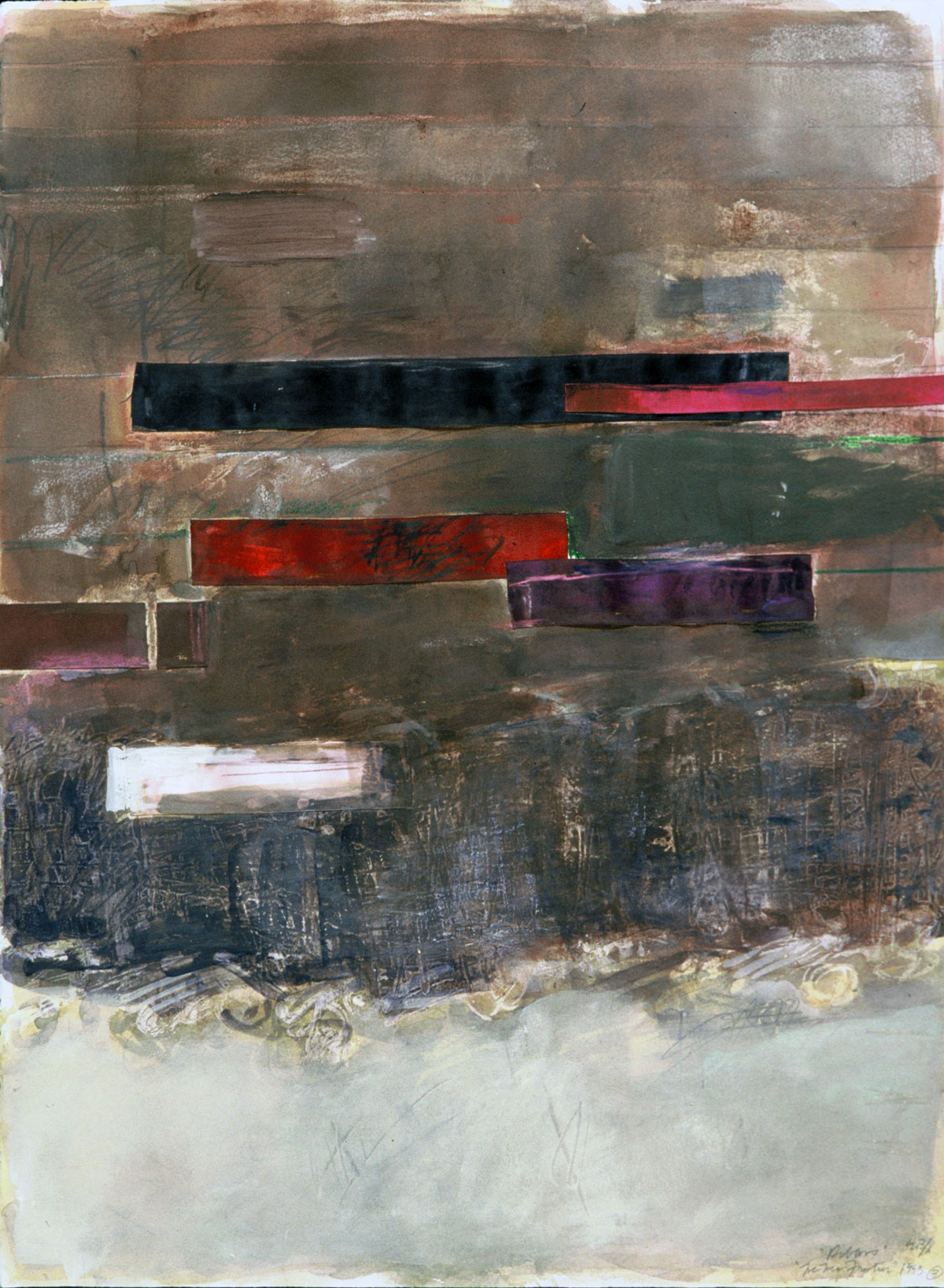 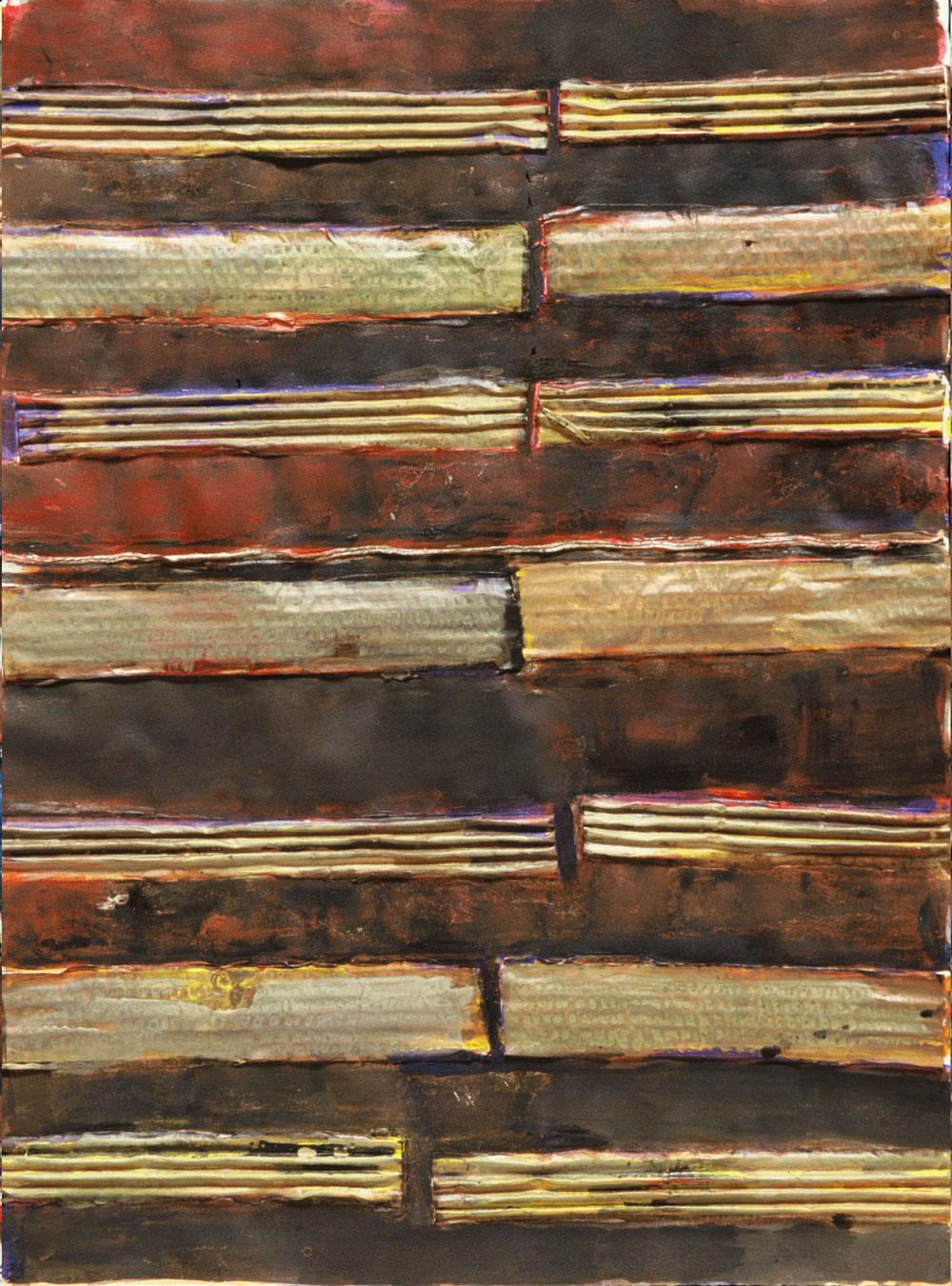 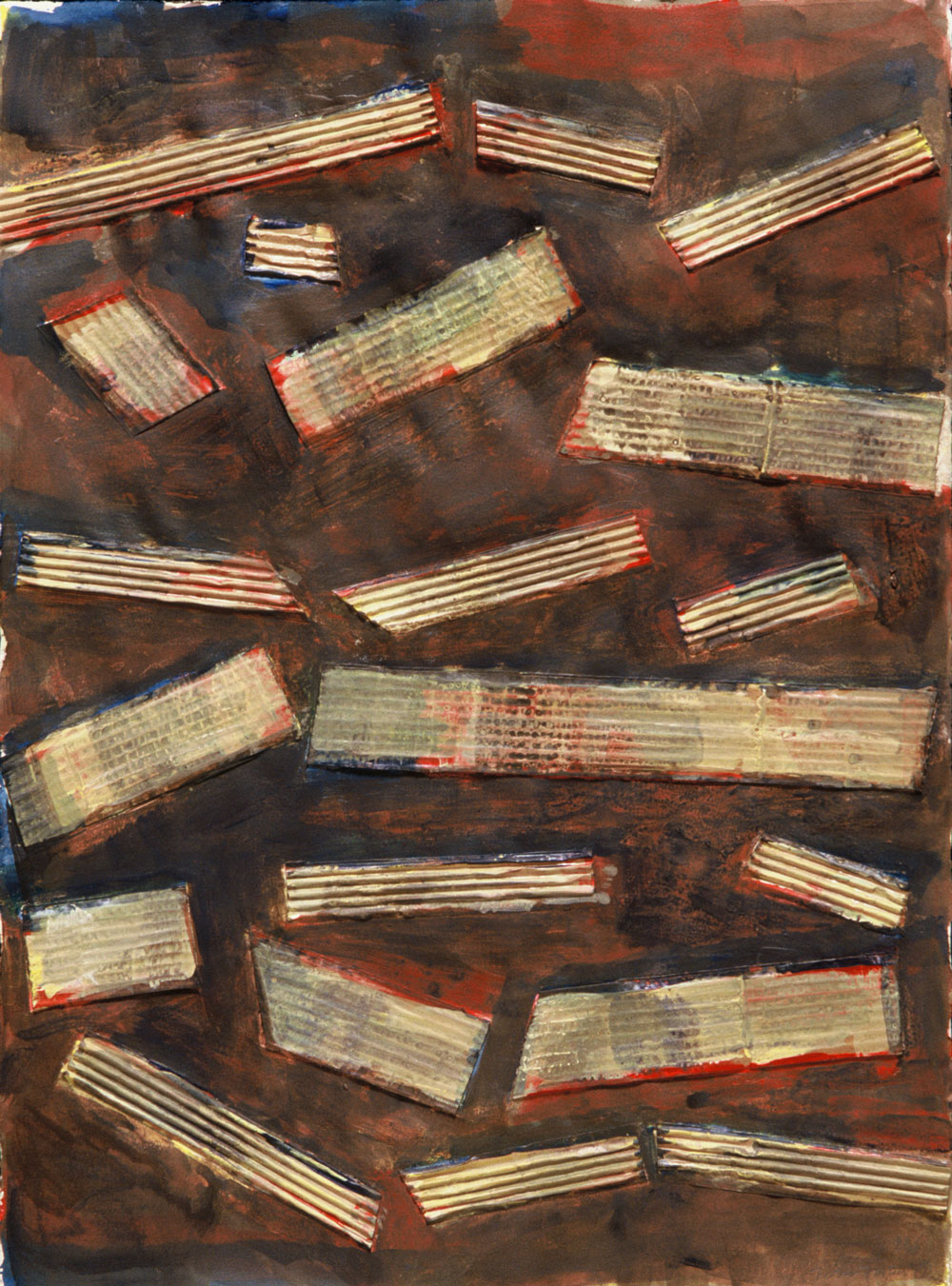 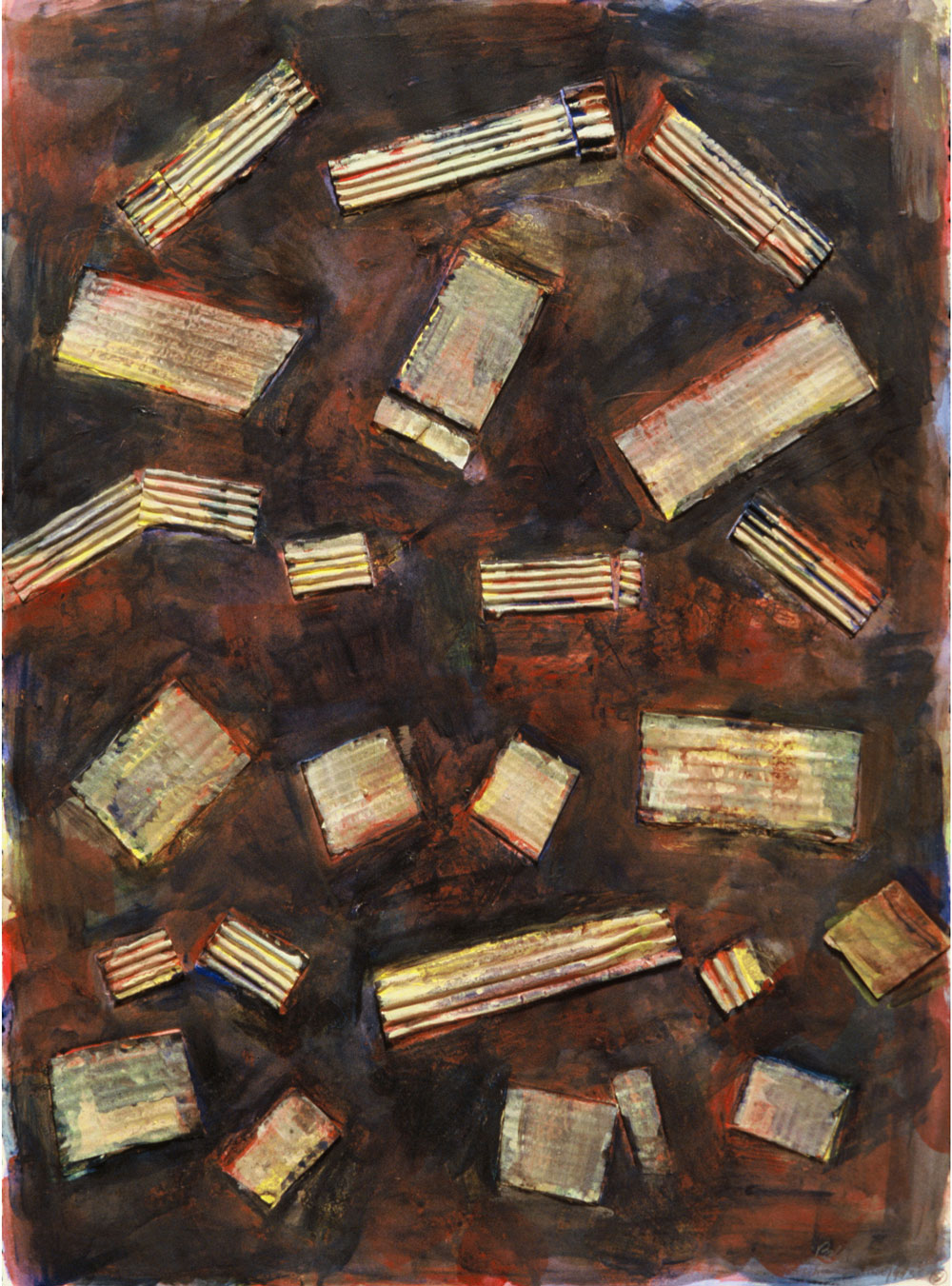 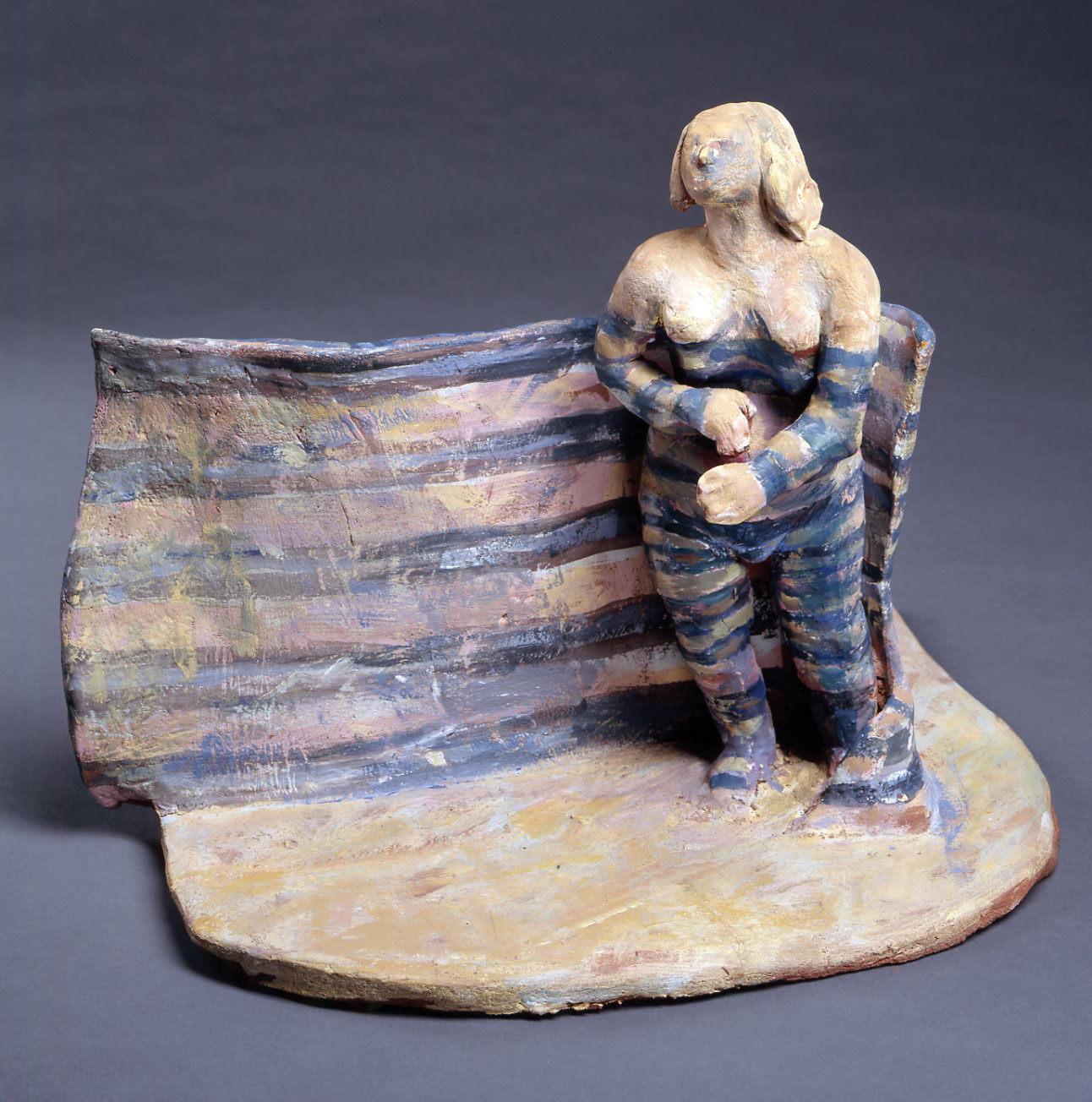 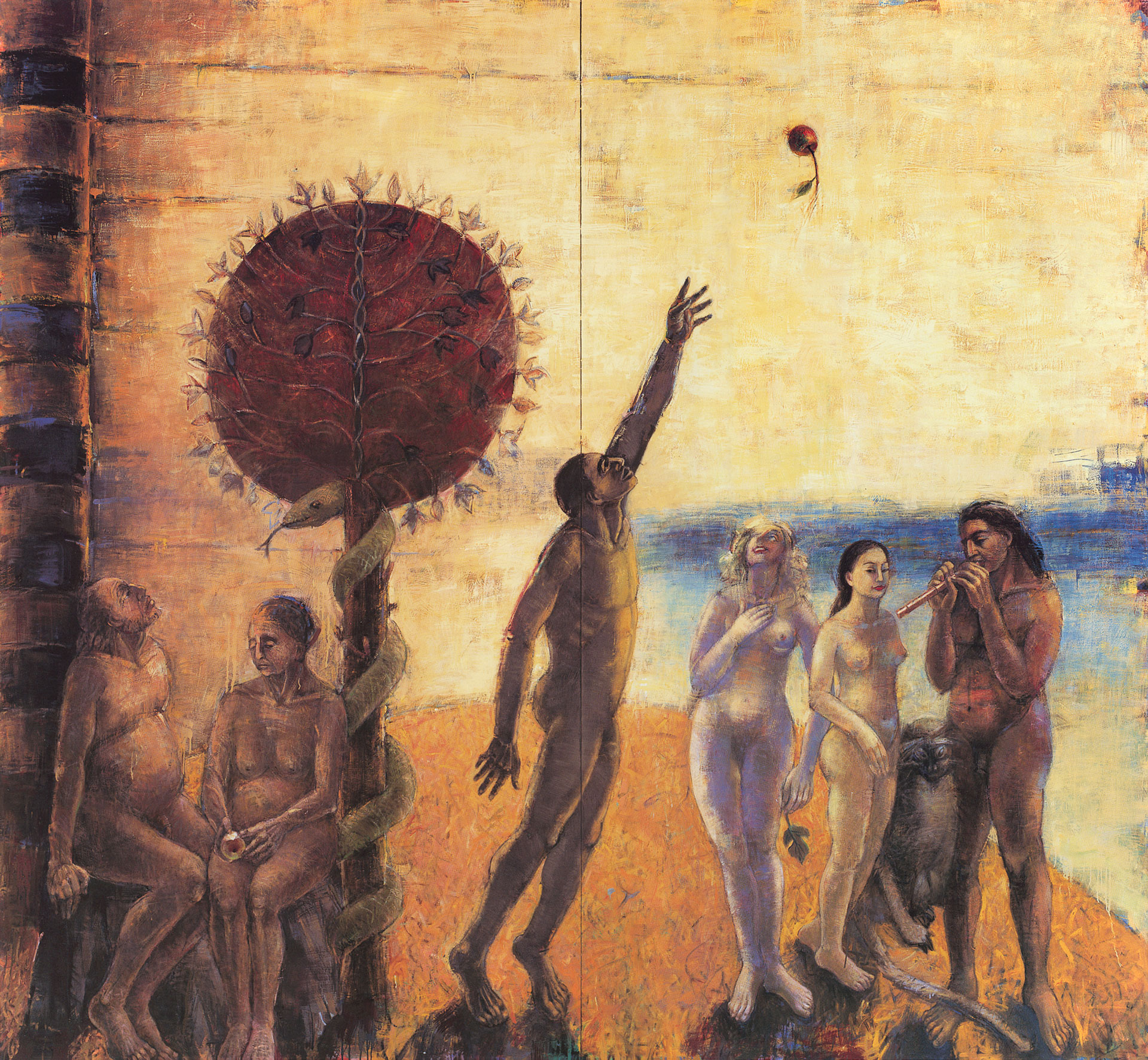