The Mayors of San Francisco, a series begun in 1983, includes eight large-scale portraits of former mayors, all painted from life with the exception of George Christopher and George Moscone. Her motivation to paint the series emerged from Moscone’s death in 1979.  Her first mayoral portrait was of Diane Feinstein, who assumed leadership of City Hall at that time. 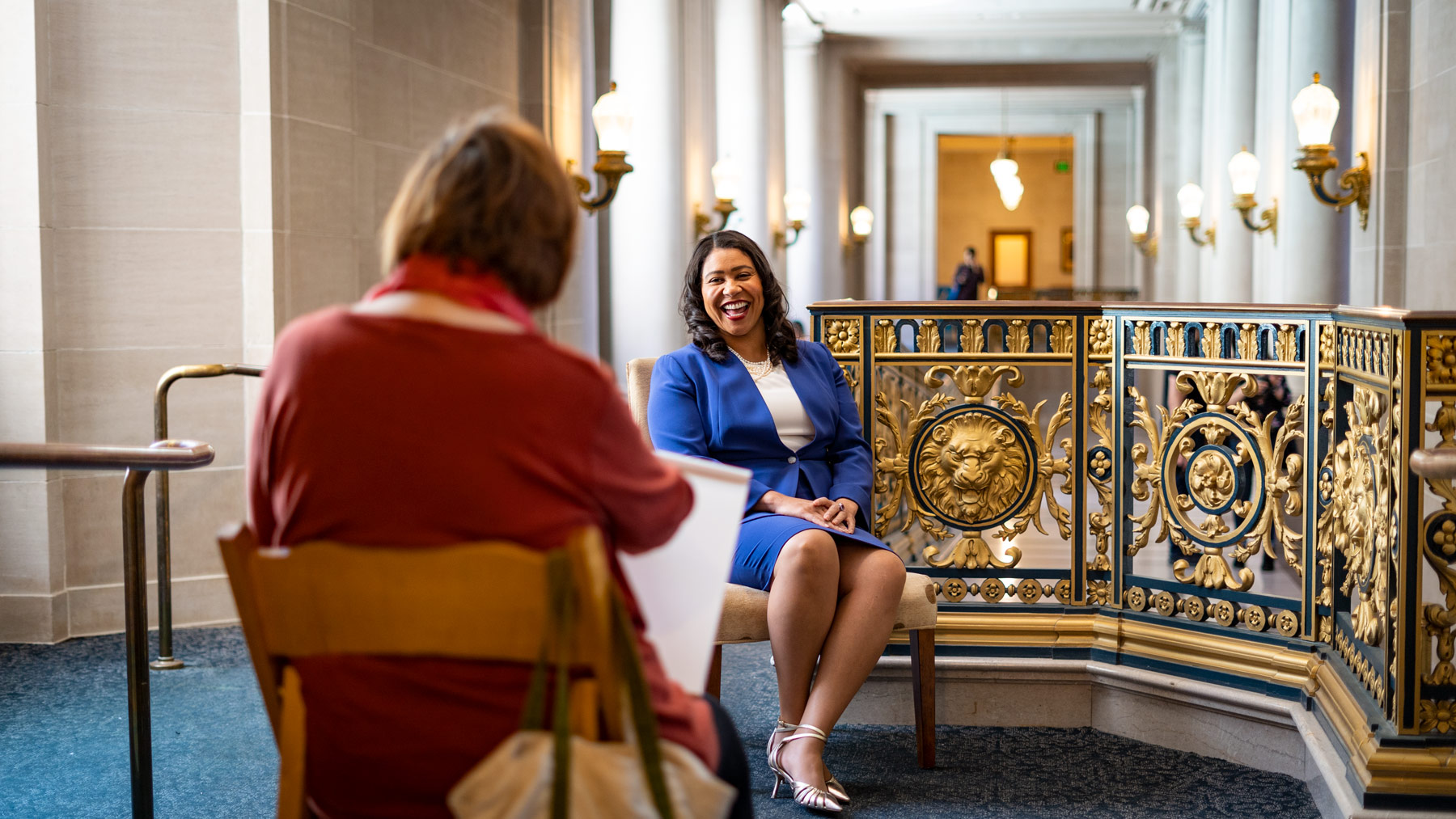 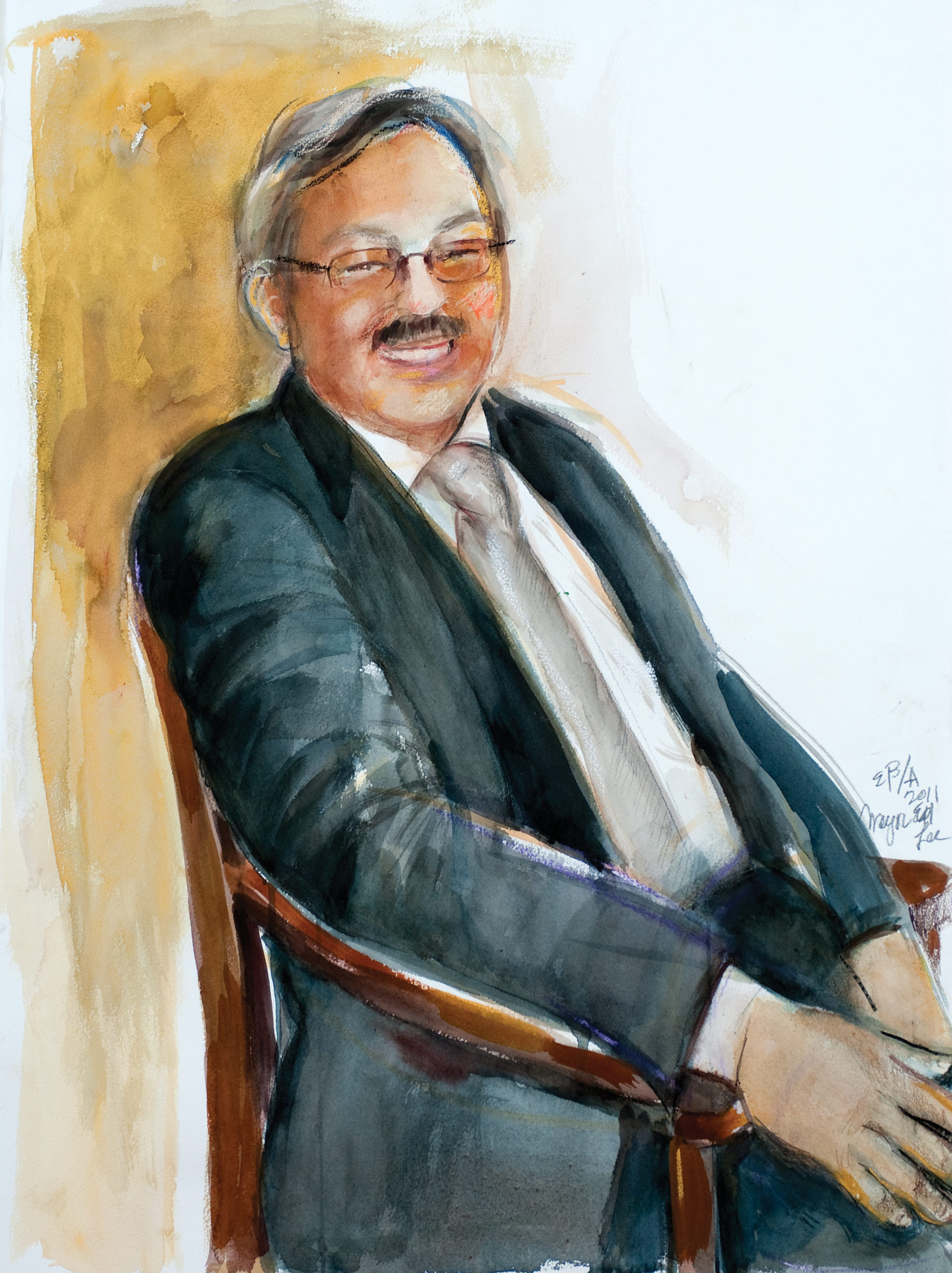 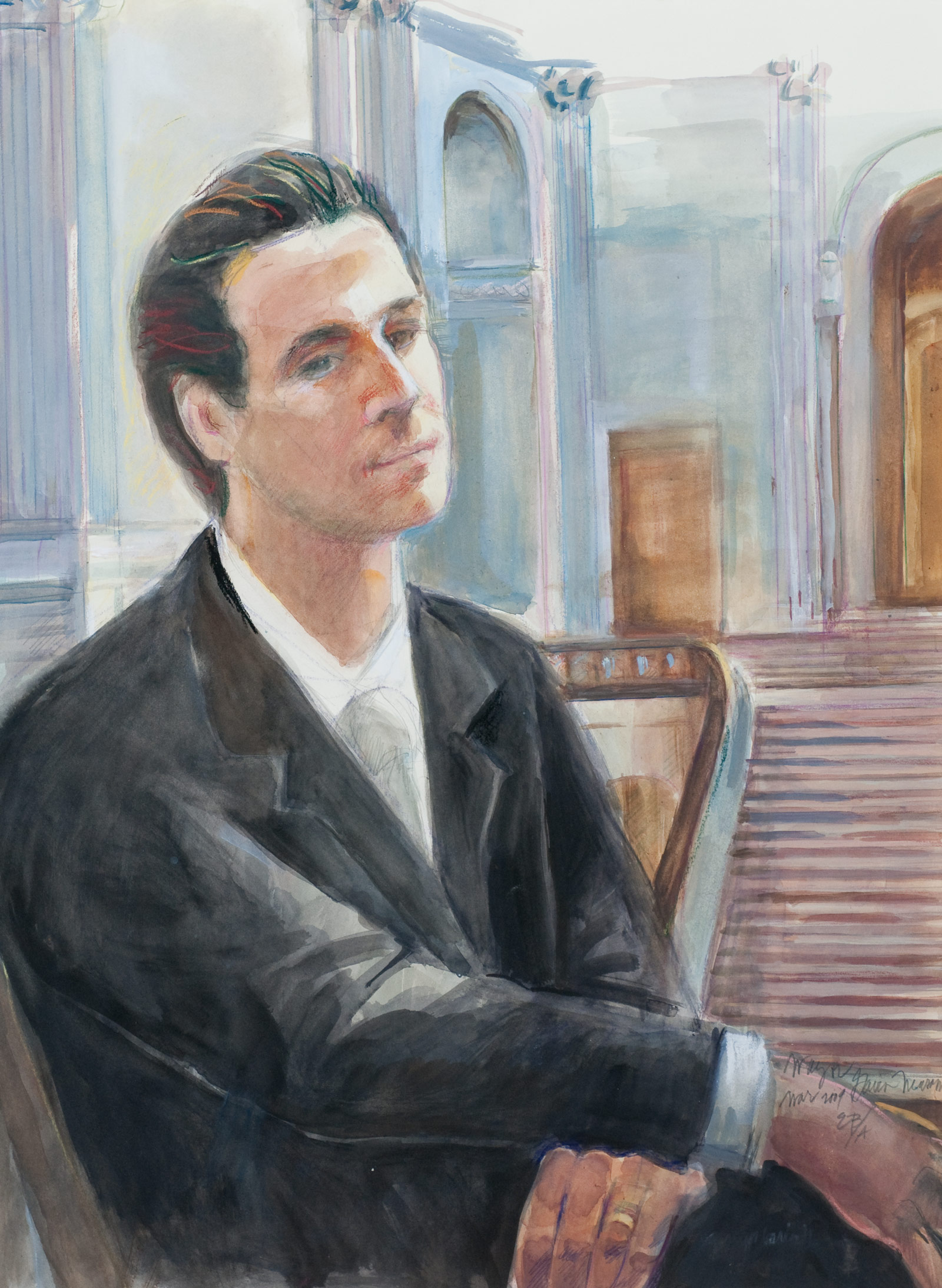 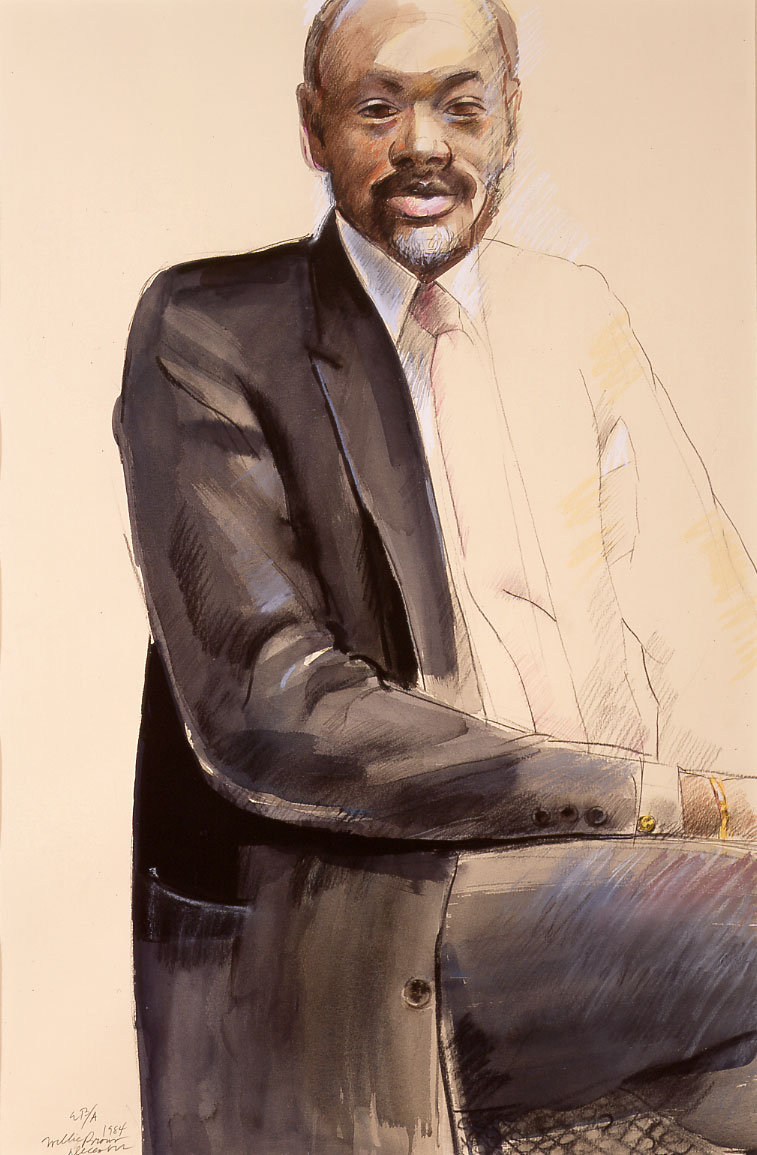 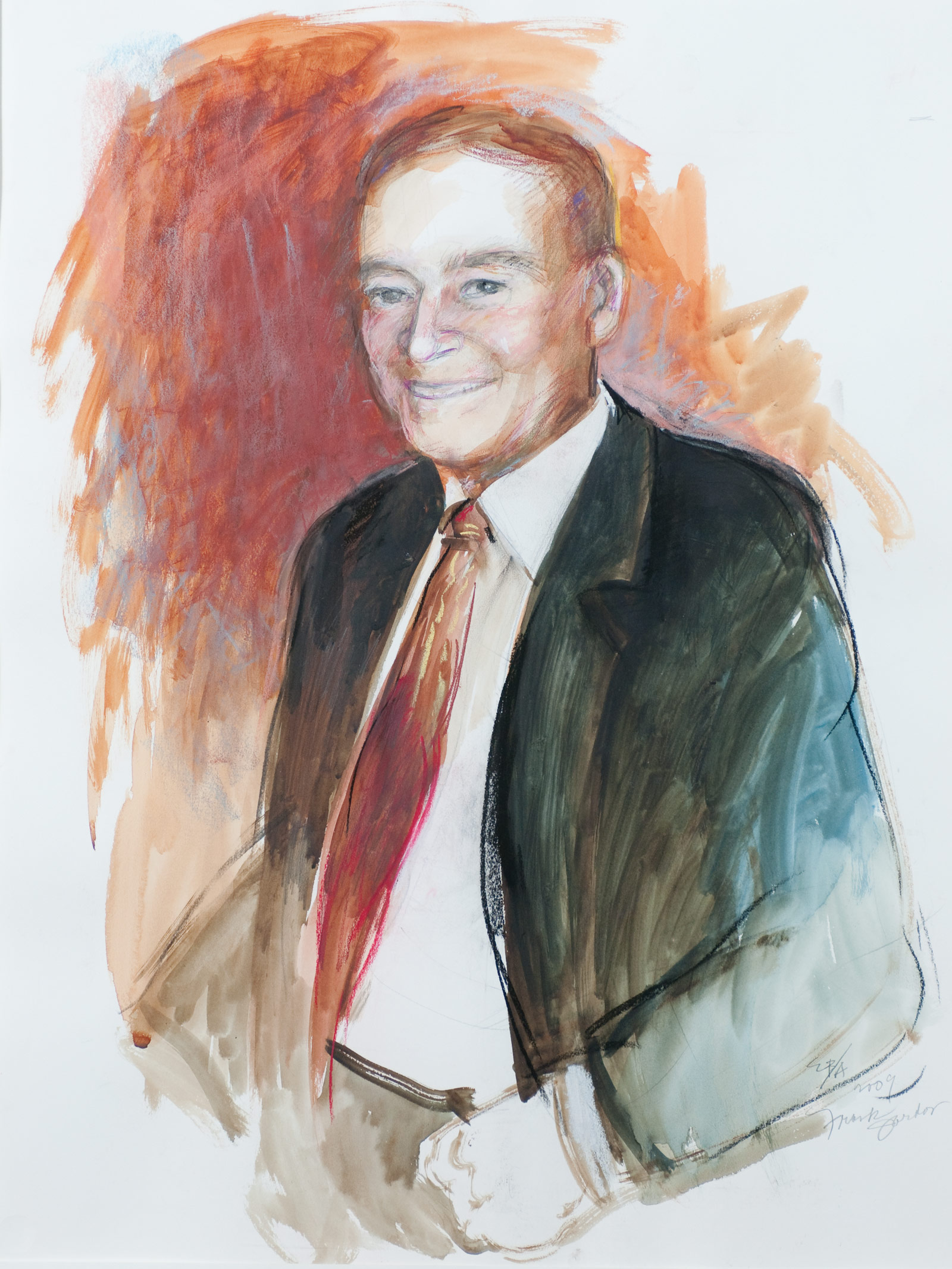 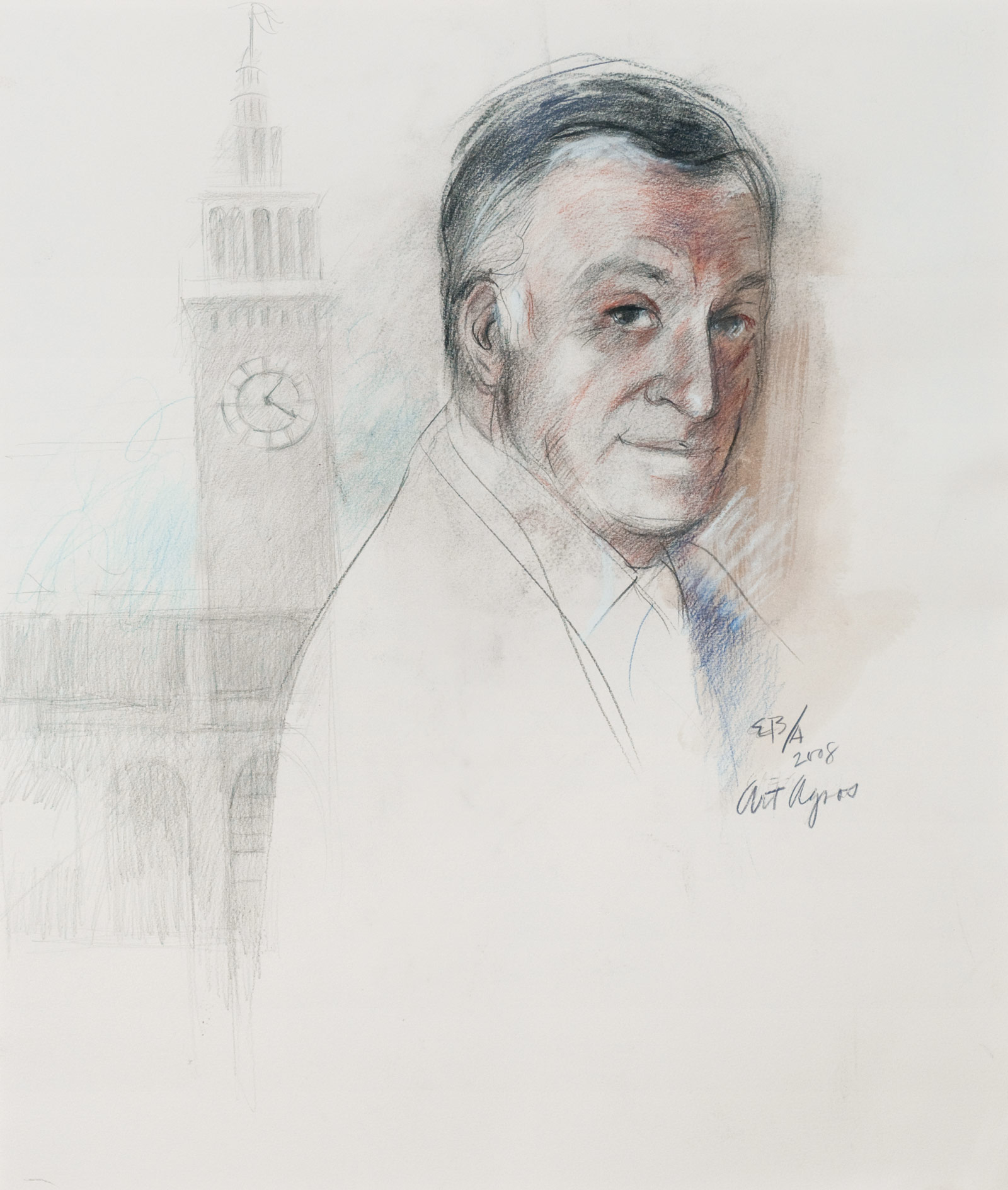 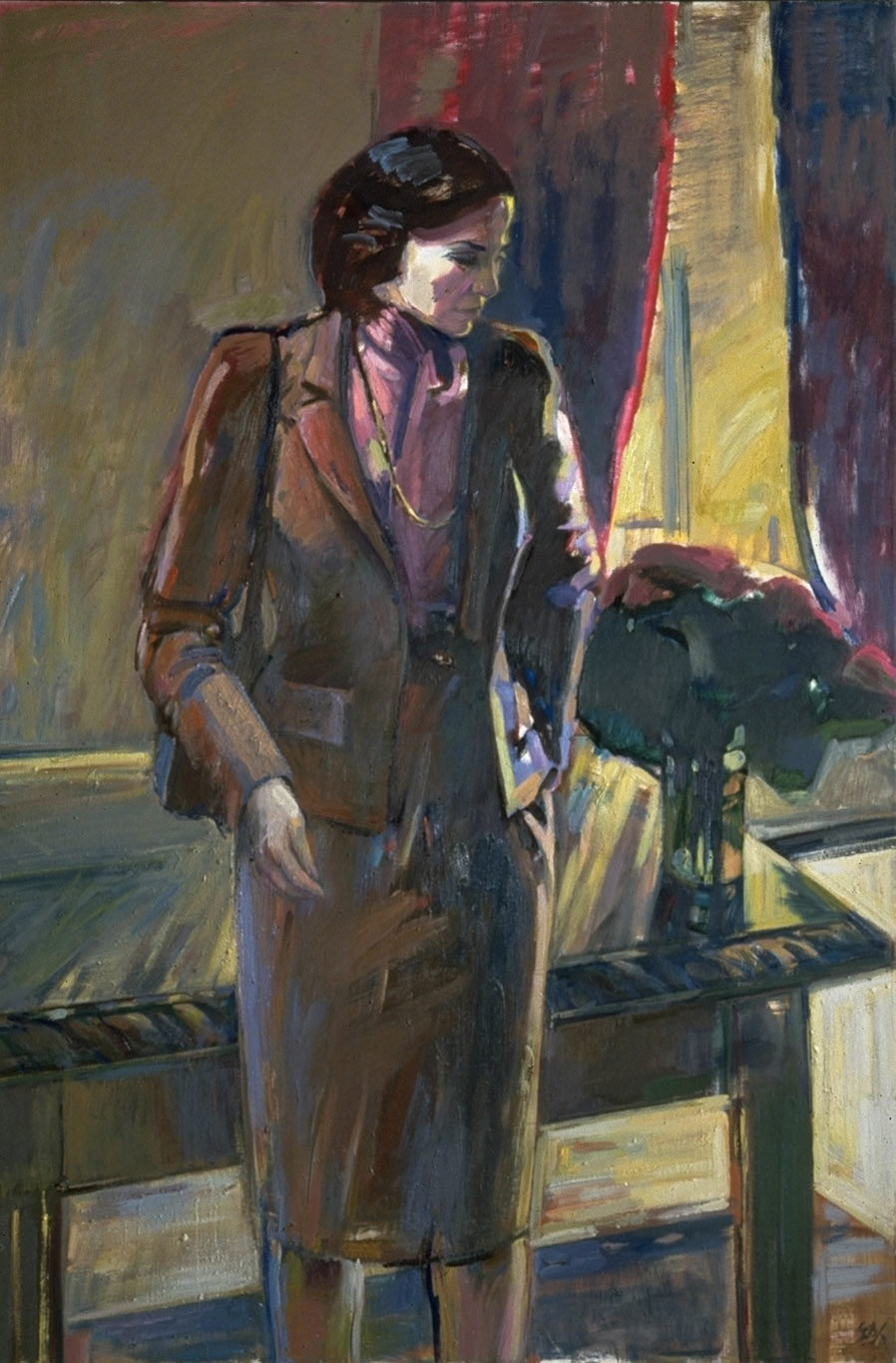 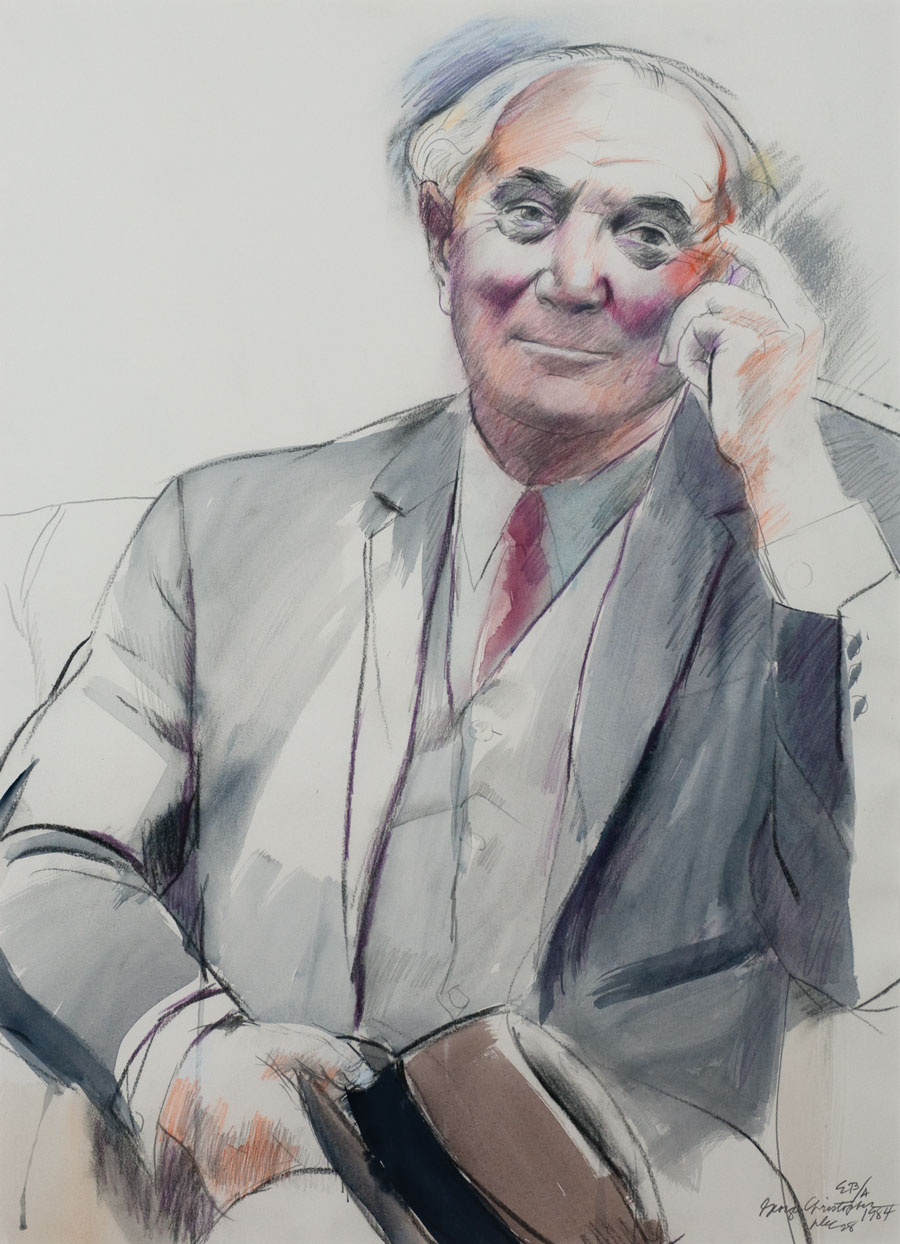